Bombay Durgabari Samiti (Samiti's) is one of the oldest Durga Pujas of Mumbai dates back to 1930, as a train from Varanasi trudged towards Mumbai carrying the precious idol, and a handful of members waited at the station with baited breath. Times have changed, number of members have grown, but what has remained constant is the spirit and dedication with which have individuals have consistently worked at making it a premier, non-sectarian, cultural and charitable organization in Mumbai.

Over the years, the Samiti has been celebrating the Bengali New Year alongwith Kabiguru’s birth anniversary, followed by Sharadutsav, Kajogiri, Deepavali and Basant Utsav.

The Samiti is also dedicating itself to carrying out other objectives of the Samiti and provides aid in different areas- charitable, social, educational and medical activities …..for at the very core of the organization lies a great desire to reach out to people in whatever way possible.

Some of the charitable initiatives undertaken by the Samiti in the recent years are as follows:


This is how it all began:

1930: Shib Chandra Bannerjee of Hindustan Construction and Shib Chandra Chandra of Bengal lodge were at the helm of affairs. They were determined to celebrate their own Kolkata-like Durga puja at Hindustan compound, Sleater Road, near Grant Road Railway Station.

First President of the organization: Justice Khitish Chandra Sen took the lead as the President of the organization while Mr. Jagadish Chandra Moitra (a renowned freedom fighter) and Mr. Biharilal Das took on the mantle of Vice Presidents. Funds began to pour in from people living in the area, and everyone joyously took up the work of recreating traditions of Bengal in the heart of Mumbai.

1954: The Samiti crossed a proud milestone of 25 years! Dr. Gourinath Shastri, a professor of Sanskrit college, was specially brought in to perform the puja. The reverberating sound of his slokas filled the Cross Maidan, as members jubilantly participated in the historic moment. An 11day long variety entertainment program was organized , in which India’s who’s who of yesteryears such as Vaijawanti Mala, Bismillah Khan, Sitara Devi, Ustad Ali Akbar Khan, Ravi Shankar, Sambhu Mitra & Tripti mitra and other legendary artistes performed.

29th June, 1959: The Samiti was registered under the Societies Registration Act of 1860 and the Bombay Public Trust Act 1956. This was necessary due to the increase in the organization’s charitable and cultural activities over the years.

January 1961: The Samiti’s continuous endeavors to promote Bengali art and culture came to the forefront though a literary conference organised on the life and works of Nobel Laureate Rabindranath Tagore where the chief guest was none other than Jawaharlal Nehru, the then Prime Minister.

1971: During the period 1934 – 1959, the Bombay Durga Puja moved from place to place, from Sleater Road to Talmaki Wadi at S V P Road, to Naranarayan temple at Kalbadevi, to Rambaug. By 1961, the number had swelled enormously and this necessitated shifting of venue to the much bigger Azad Maidan and then to Cross Maidan. Finally, in 1971 it was shifted to Tejpal Hall at August Kranti Marg, a place which has now become synonymous with Puja for Bengali residents of South Mumbai.

1979: The growing popularity of the Samiti continued to bring thousands of devotees to the puja mandal year after year. Even people of different communities came to take part in the festivities. In 1979, the Samiti celebrated its Golden Jubilee through various cultural events.

1989: Diamond Jubilee was ushered in amidst great pomp and splendor.

2004: Celebration of Platinum Jubilee, 75 years. Generations have come and gone but thanks to several visionaries the Samiti has grown from strength to strength.

Currently Bombay Durgabari Samiti is an ever-growing organization not only in terms of number of members but also in terms of number who join the celebration as members of the Social and Cultural Committee of the Samiti or simply by participating in the activities.

Glimpses Of Durgapuja From The Past 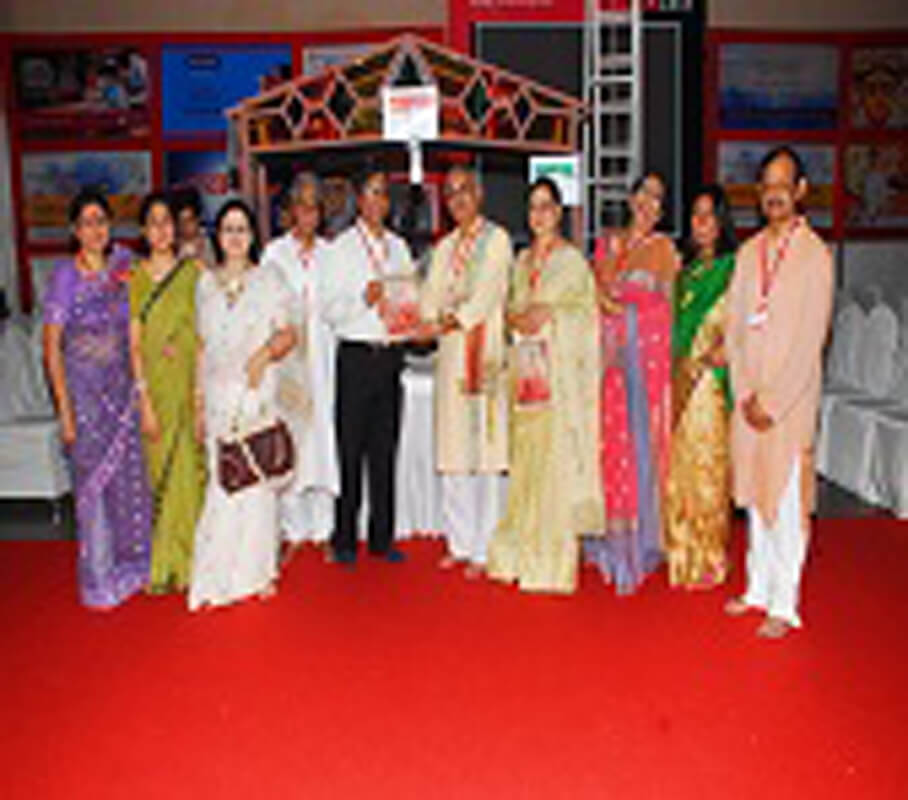 Add us to your circle
SiteMap IT Partner Cloud 9